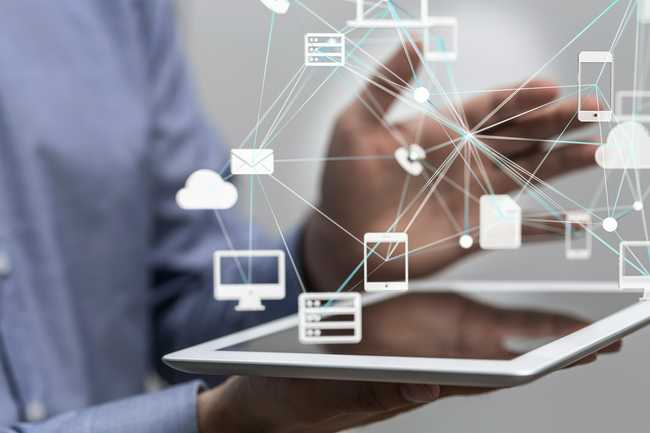 Uniquely IoT: Why IoT SIMs should be treated differently from traditional SIMs 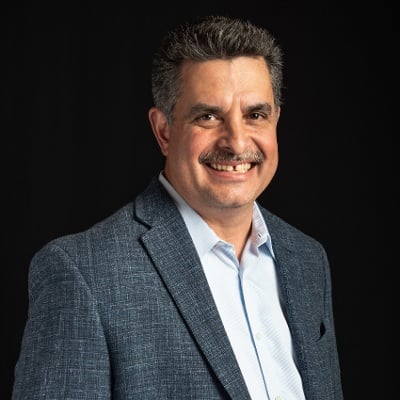 Some OEMs make the mistake of treating IoT SIMs and traditional mobile SIMs the same way, attempting to operationalize them in similar ways, without considering the financial models of IoT SIMs or the downstream effects of these business decisions. In this article, we will explore why it is important to make the right connectivity decisions early in the IoT planning process, so as to avoid unnecessary costs or operational hurdles that may stifle growth later.

By now, most people will be familiar with the setup process of buying a new phone or switching their phone to another cellular carrier’s network. In either case, global IoT SIM cards, where the unique phone number and identification profile reside, are activated for the first time or are swapped out with a new SIM card that allows the phone or tablet to connect to the desired network.

New “non-traditional” devices like smart watches and other wearables, cellular-enabled routers, or electric scooters also utilize SIM cards to wirelessly connect to a cellular network with their own unique identification number and profile.

The sheer number of these new non-smartphone or tablet devices being introduced means that in a few short years, the percentage of IoT connections in the world will be orders of magnitude higher than the traditional phone and tablet market.

As such, it has become more important than ever for the manufacturers of these products to understand the differences between SIMs and the need to make the right connectivity choices early in the product development journey.

What is a traditional SIM Card?

In short, SIM cards, also known as Subscriber Identity Modules, allow a carrier network to identify and authenticate devices so the devices can connect and send/receive data over the network. Tom’s Guide has a more robust article on the topic, for those interested in learning more. Any device that a manufacturer intends to connect to a cellular network needs some kind of SIM card, and SIMs come in various form factors to suit the size requirements of the device in question.

What is an IoT SIM Card, and why is it different?

IoT SIM cards look the same as traditional SIM cards. It’s still a chip with memory on it and unique identifiers used when making a connection, but the reason why specialized SIMs were developed for IoT connections has more to do with business applications and financial models than technical characteristics. The distinctions range from operational differences to possible coverage discrepancies to the novel complexity resulting from the size of IoT deployments.

To be sure, the scale and scope of new IoT connections around the world is unlike anything that has come before.

Difference #1: The impact on your company’s day-to-day operations.

Offering IoT products is fundamentally different from offering traditional mobile devices due to the use cases and incentives being totally different, which then impact how the business operates and what information is important to measure.

When businesses offer their employees or customers smartphone and tablet devices, they typically manage those devices and SIMs using a standard carrier platform. This simplicity is helpful for consolidating the types of information that businesses generally care about: number of active lines, total data usage across all lines, and the plans associated with those lines. Regardless of the type of phone the employees or customers use, the data plans largely remain the same or vary only slightly because usage typically remains even from device to device, month over month.

In contrast, IoT devices can have such varied data usage, even between two devices deployed in the same area on the same day, that businesses are incentivized to analyze more granular insights about the ways in which devices are used and how much data is being consumed even at an individual device level. These metrics matter even on both a macro and micro scale, because devices can sometimes “go rogue” and consume larger amounts of data than intended, simply due to a very active device sending data, an unintended software bug, or even a planned firmware update sent to all devices in the field. Compound this by the number of devices that can often be part of IoT deployments (easily in the thousands), and it can become a huge financial concern.

In the new age of connected devices, the OEMs that understand how their devices are impacting their business are the ones that will ultimately beat the competition, because they have a better sense of their true costs, the ways in which their products are used, and how to monetize their offerings in ways that maximize value for themselves and their customers.

If you’re struggling with SIM activations and need a reliable partner that can deliver SIMs in a static IP configuration for your devices, contact us so we can help. This will help you mitigate operational setbacks that typically slow down production efforts.

As an OEM, you should prioritize picking the right carrier for the market you are trying to address and getting the right coverage for your addressable market. How do you do this? By answering two questions:

Question #1: If I do not have a direct contractual relationship with a cellular carrier, has my IoT connectivity provider been authorized to leverage their networks?

Having an Authorized Partner Keeps Your Risks Lower.

You need to make sure you IoT carrier provider has been authorized to leverage the IoT networks of the carriers. If Carrier A has 30M people in Canada that use their network, Carrier A makes a temporary roaming agreement with Carrier B in the US to help give customers a nearly seamless experience.

IoT is different in many cases. These devices can, and sometimes are, always “permanently roaming” i.e. fixed assets like water meters. Temporary roaming agreements were not developed with these types of devices in mind and so are at risk of being terminated due to a breach of the roaming terms that were put in place before the emergence of IoT.

If your IoT SIM provider hasn’t been authorized by the carriers to operate on their networks, then you increase the risk exposure of your business and may experience a disruptive financial and operational impact when you are forced to replace all your existing SIMs in the field.

Here’s a good analogy: Your employer provides you and your colleagues with a few company cars to be used for business trips, but you overwhelmingly use them for personal use. From your employer’s perspective, you may be creating more insurance risk by using it in an unintended and unauthorized manner.

Understanding what it means to be On-Net vs Off-Net

Question #2: Is my IoT use case going to be considered On-Net or Off-Net?

This question may be new to most device manufacturers if they’ve never offered cellular services before or don’t have a background in the wireless industry.

The difference between On-Net and Off-Net is simple:

On-Net (On Network) means devices are consuming/passing the majority of their data while on a carrier’s network build out.

If your devices are considered Off-Net, this means that the majority of their traffic is being consumed on a different carrier’s network and would thus be considered “roaming” onto that other network. Devices that consume most of their data Off-Net can sometimes be at risk of having their service terminated completely.

Why do these details matter for you as a device manufacturer? Well, not all connectivity providers are authorized to give you On-Net service. In those cases, the provider may be offering roaming workarounds that may actually violate agreements set forth from the carriers.

By selecting an authorized reseller partner, you reduce the risk of lines being unnecessarily terminated, and you can possibly get more competitive data rates since costs aren’t inflated from roaming agreement fees.

As a general rule, you should strive to follow the 80/20 rule - using 80% of data or more on the carrier’s network build out, to avoid potential service issues. The net effect of these decisions would give you a better chance of getting the best coverage possible for your products while also mitigating risks to your business. Likewise, having an IoT provider that has agreements with multiple carriers in a given region also mitigates this risk.

Difference #3: The unprecedented difference in scale and complexity.

By the middle of this decade, some analysts estimate that the number of IoT connections will be more than double the number of “non-IoT” or more traditional devices like smartphones and tablets.

On an individual company level, imagine tracking accounts and usage for several thousand IoT devices or even several hundred thousand.

When you’re dealing with that many devices, the scale of the management problem is different. How you manage the devices and how you manage various, unique data plans is an exponentially bigger challenge than even the hundreds of mobile devices being used by your workforce.

There is some evidence that roughly 34 percent of enterprise IoT projects are focused on cost-reduction, which means that finding a platform to optimize your back office wireless operations becomes a critical component of your IoT initiatives.

With often thousands of SIM cards in use at a time and across different geographies, the costs of SIM and rate plan mismanagement on that scale can pose big, ongoing problems for your organization that can stifle business growth.

We’ve seen it happen many times before.

Takeaways for device manufacturers and other IoT solution providers

So what does all of this mean for you?

If your company is building IoT solutions and evaluating SIM card options, it’s time to start thinking of IoT devices and SIMs differently from the mobile devices you may be used to. For the reasons we’ve mentioned, IoT SIMs and data plans will shift your cost models and your internal operations in ways that traditional mobile plans won’t, so the time to start planning accordingly is now.

At Zipit, we understand that this shift can be challenging to manage on your own, for companies of all sizes – be they startups or Fortune 100 companies. We’re here to help remove the complexities of connecting to wireless carriers, managing SIMs and monetizing cellular connectivity.

Previous Story
← How OEMs Can Successfully Monetize their IoT Platforms
Next Story
IoT Connectivity: What It Is and How to Choose the Right Option →

6 Great Examples of IoT in Retail